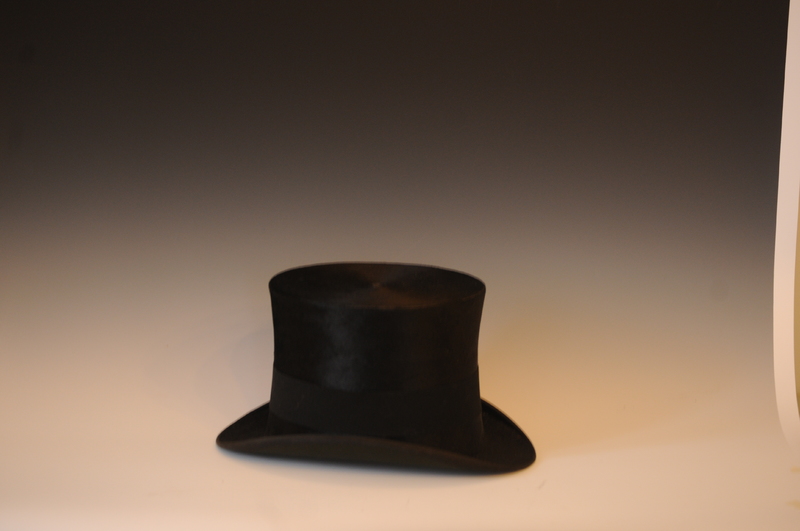 Top hat made my Cutting & Co of North Adams (Mass)

North Adams has been home to many successful people; businessman, politicians, academics, and others.  Many of those people began their lives and education at local schools, including Drury High School.  This exhibit draws from an array of yearbooks that give a glimpse into the history and stories of a few of North Adams's most prominent figures.

Local residents were invited to attend a public History Harvest, held at the North Adams Public Library in November of 2018. They were asked to share items and stories that held historical or sentimental value to them.  Students collected and recorded the items and started a digital archive. The objects have been divided into several collections, drawing on various aspects of local history.

The North Adams Families Collection, from which this exhibit is drawn, pertains mostly to the lives of North Adams residents, some of whom gained a level of prominence within North Adams and outside the town.  By researching some of the people connected to the items, an exhibit was created and is presented as a “Yearbook” of selected prominent people from North Adams’s past.  As the exhibit was developed, one fact became clear: while the physical objects that were contributed largely fell under household and family-centered mementos, the names that rose to the surface were overwhelmingly male and white. Our hope would’ve been to represent a more diverse and inclusive picture of the families of North Adams, but the experience illuminated the way people have been relegated to the shadows of "missing history" by being deemed less worthy of inclusion.

The exhibit includes an Oral History from local historian, Justyna Carlson, which was the inspiration for the exhibit’s theme.  Justyna’s passion for yearbooks and her experience on her high school yearbook staff were infectious. It is an illustration of the connectedness of lives within a community, in yearbook form.